Click below to grab your FREE 3 x 50% off Lalamove Coupons today!

Looking for the latest Sanook Kitchen Menu in 2021? You have arrived at the right place!

We aim to make sure all Sanook Kitchen Menu are up-to-date. Please email us at [email protected] if any of menu is not updated.

If you are looking for Sanook Kitchen Promotions instead of Sanook Kitchen Menu, visit our homepage at all www.allsgpromo.com to check out our coverage on the latest promotions around Singapore!

Below is our compiled list of Sanook Kitchen Singapore Menu for 2021! We aim to constantly update this list to ensure the most up-to-date menu on this page for our readers!

On the menu, you’ll discover a classic range of Thai appetizers, delicious soups, and everything from curries to seafood and more. 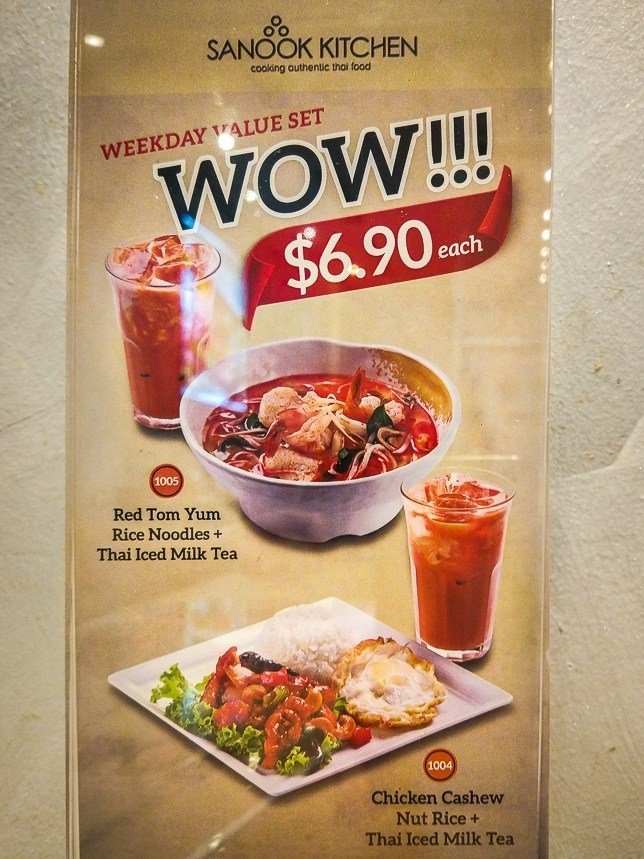 Enjoy a choice of main Course of either Red Tom Yum Rice Noodles or Chicken Cashew Nut Rice along with a Thai Iced Mi;l Tea for only $6.90 at Sanook Kitchen.
Promotion is ongoing till an unspecified period.

Related: You might also be interested in our Complete Guide to KFC Singapore Promo Guide and Menu for October 2021 or How to Save Money with your next Suan La Fen Order.