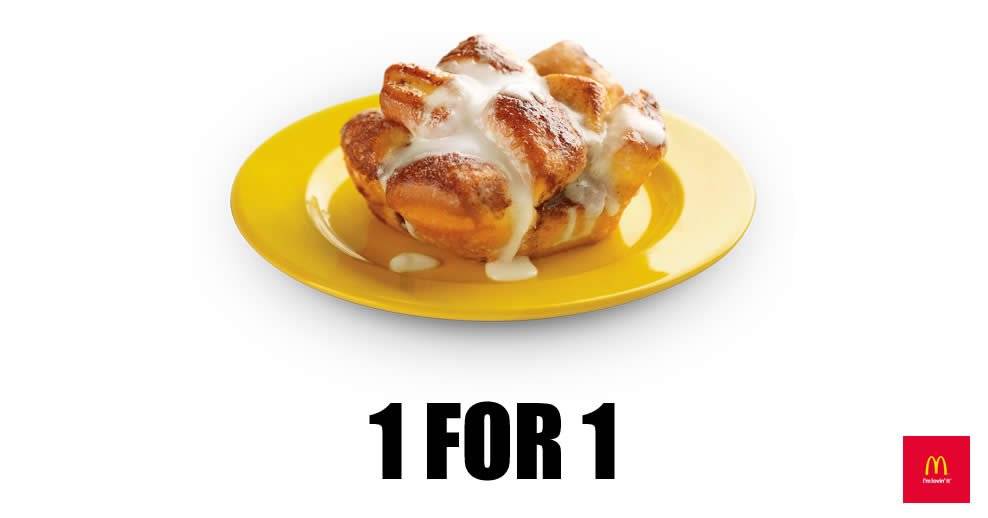 McDonald has just published a new 1-for-1 Cinnamon Melts deal that is redeemable via its mobile app. Deal is only available

with McCafe counter and is valid till 22nd July 2020 while stocks last! 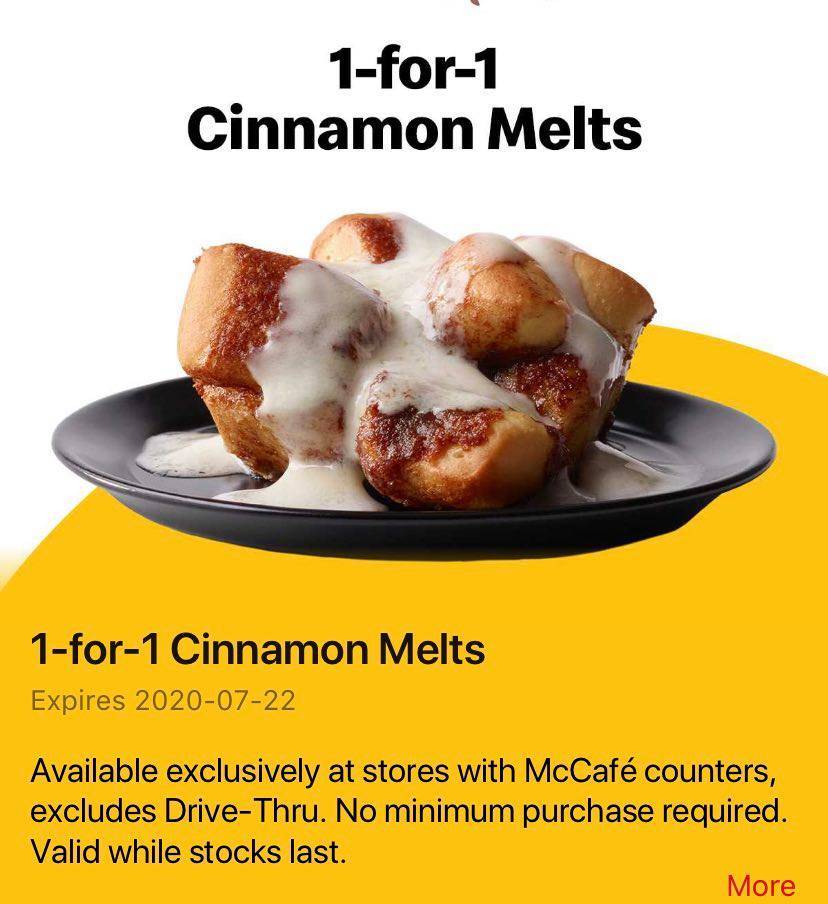 The Cinnamon Melts is described as “Cuddle up to our warm, mouth-watering cinnamon-spiced centres, topped with rich cream-cheese icing. It’s the best part of a cinnamon roll”

An online review of the McDonald Cinnamon Melts for your reference as follows: “The cinnamon sugar glaze was good and it had a nice crystallized crunch to it. The bread was warm, fluffy and soft. Speaking of soft, with the McDonald’s Cinnamon Melts they have found another way to possibly kill us softly. With 460 calories, 19 grams of fat, 9 grams of saturated fat and 32 grams of sugar”

Also, check out other great promotion from Domino’s Pizza this July!

Hope you enjoy this McDonald Promotion: 1-for-1 Cinnamon Melts (Till 22 July) brought to you by AllSGPromo.com.

Muji Promotion: Up to 50% off Online Flash Sales at Shopee...

McDonald’s is offering $1 Small Frappes with any purchase (Till 24...