The Apple Store at MBS officially opens today as the store will start accepting walk-in customers from 10am to 8pm with capacity limits to enable safe distancing. 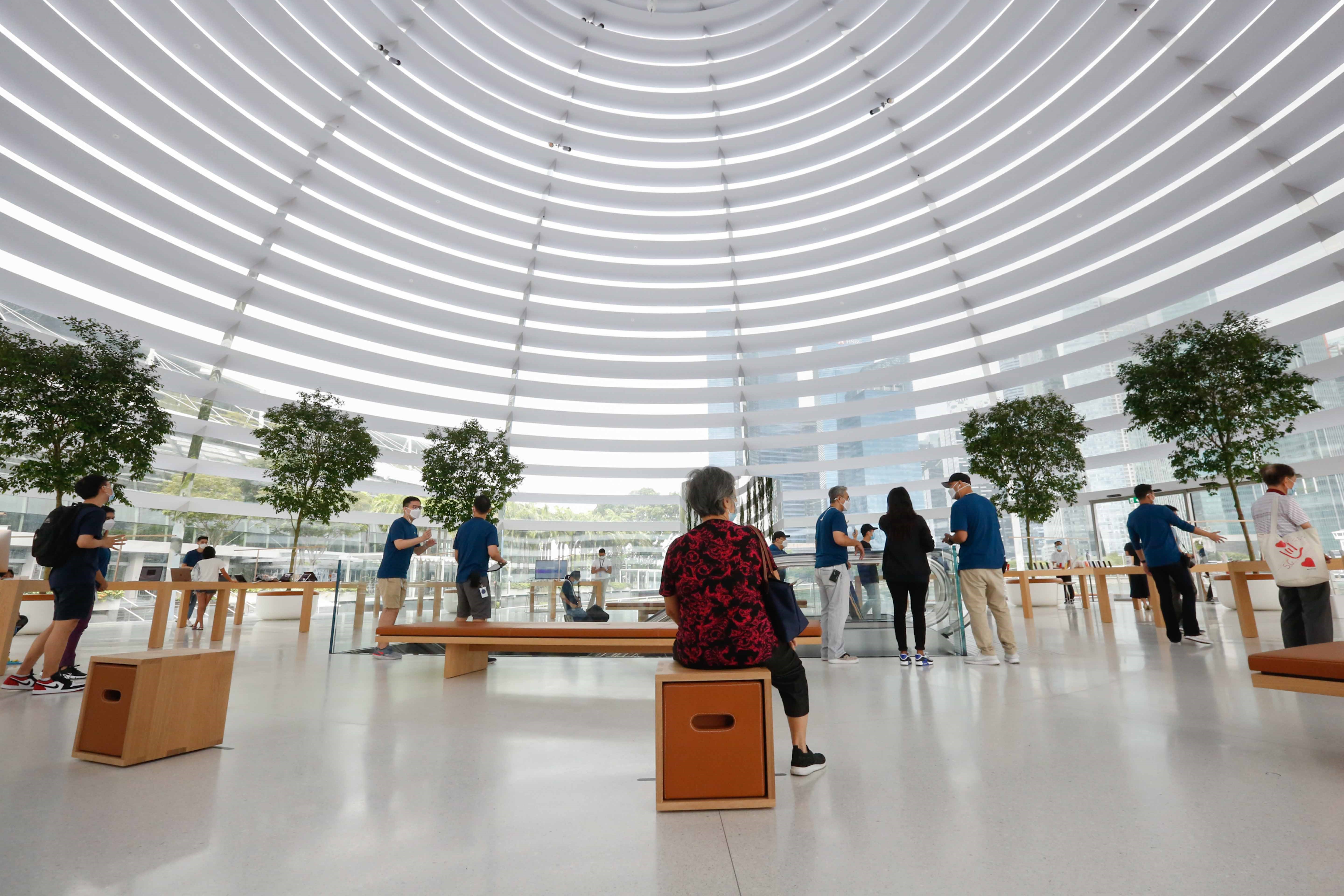 A limited opening took place on Thursday (10 Sep), as the Marina Bay Sands (MBS) Apple store opened its doors to the public. 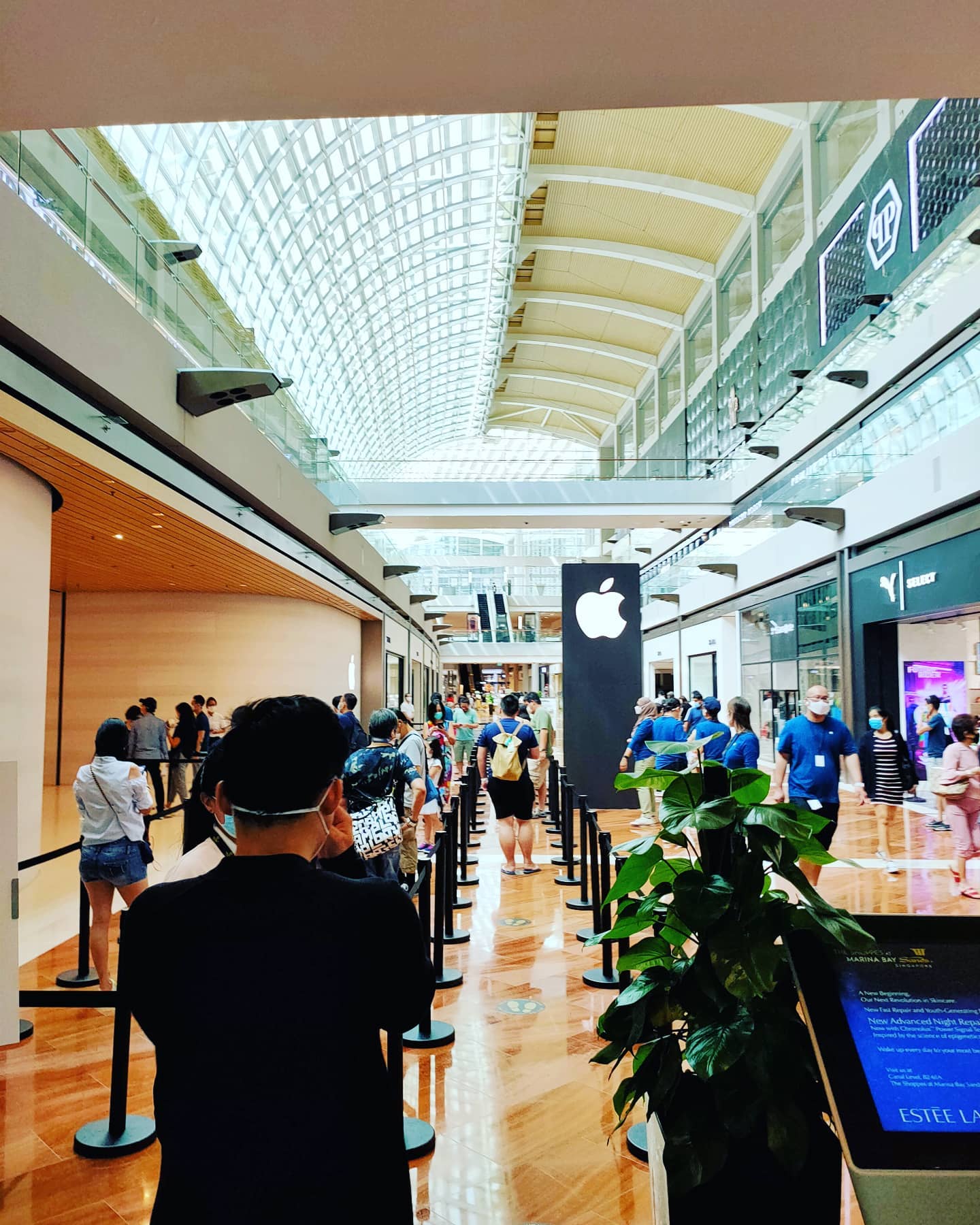 Although visits were by appointment basis only, by noon, snaking queues were seen outside the store front.

No new products were launched. Many in the queue, which moved quickly as other customers left the shop, said they stopped by because they were drawn to the unconventional architecture.

Apple fans and fans of unconventional architecture can check out the Apple Store this weekend!

Check out our previous coverage on Apple Store MBS opening below.

The new Apple Store at MBS will be located at Marina Bay Sands and will be the first Apple store in the world that sits on water.

The Marina Bay Sands Apple store features a sphere that floats on the waters of Marina Bay. No opening date or further details have been specified by Apple. 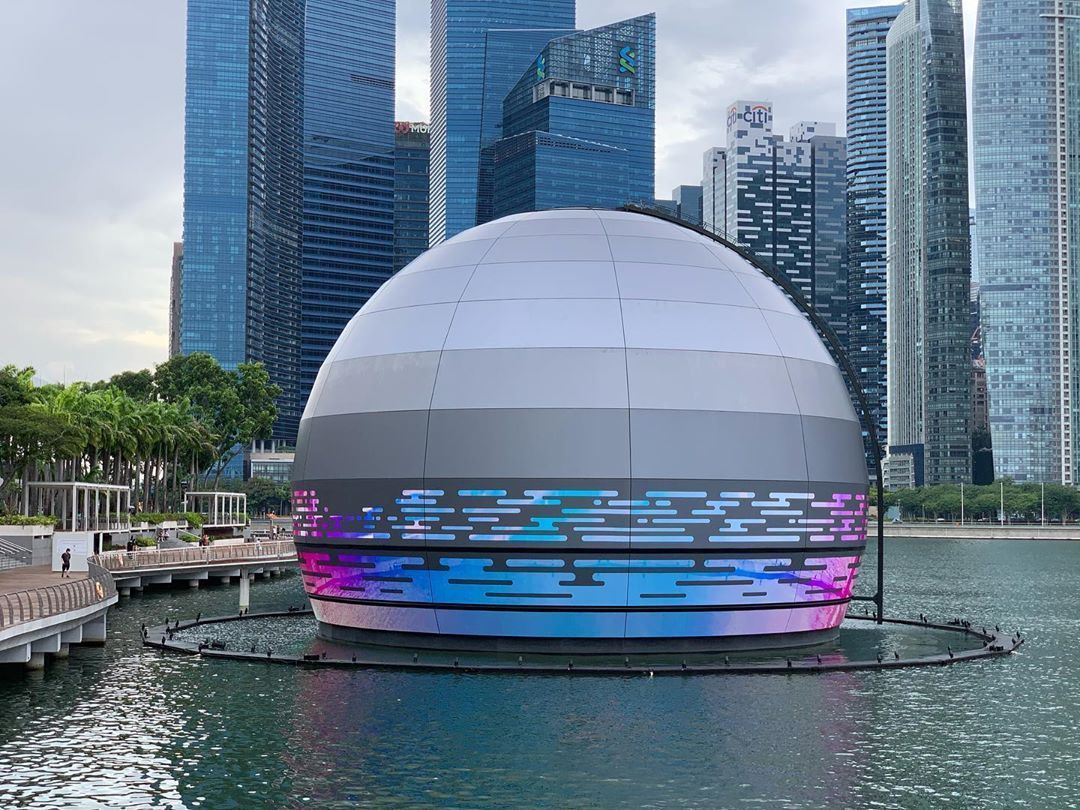 It will be housed in a sphere floating on Marina Bay, taking over the space previously occupied by Avalon nightclub from 2011 to 2016.

“We will soon open the doors to our new store by the Bay,” Apple said in a teaser on its website.

“Apple Marina Bay Sands will be at the heart of creativity, a place we’ve made for you to capture your ideas and passions.

“It will be a space for you to explore, connect and create something new.”

“Apple Marina Bay Sands is coming soon to Singapore, celebrating the first Apple store in the world that sits on the water,” an Apple spokesman said. 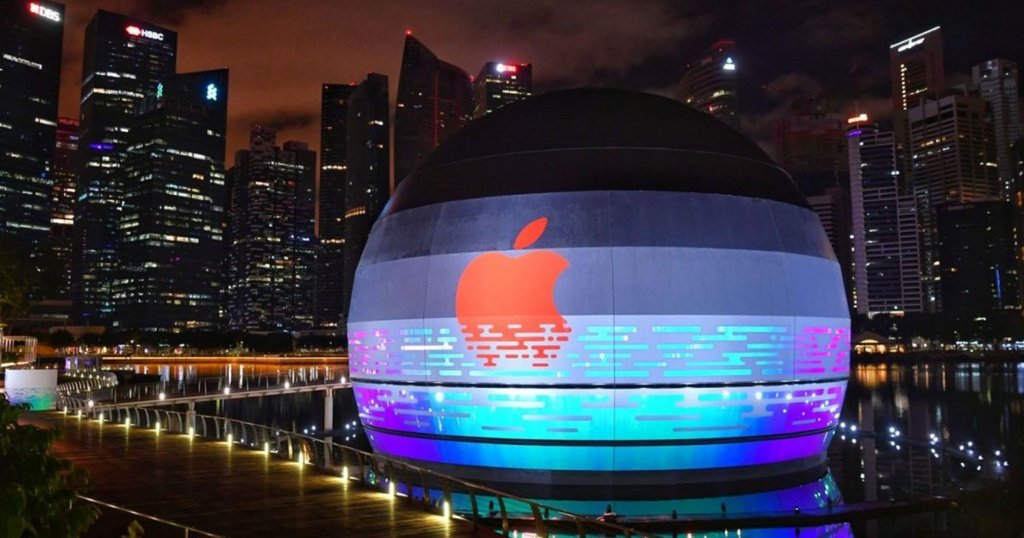 The space used to house the Avalon club from 2011 to 2016, which took up a massive 17,000 sq ft area.
We are looking forward to check out the new Apple store at MBS when it opens, hopefully by early next year.

Related: You might also be interested in our KFC Singapore Promo Guide and Menu for February 2023, Our Guide to KOI Menu 2023 and LiHo Menu

Fancy a staycation since Phase 2 has opened, check out our complete guide to Staycation Promotion in Singapore February 2023.